What Does Netflix And Chill Mean? 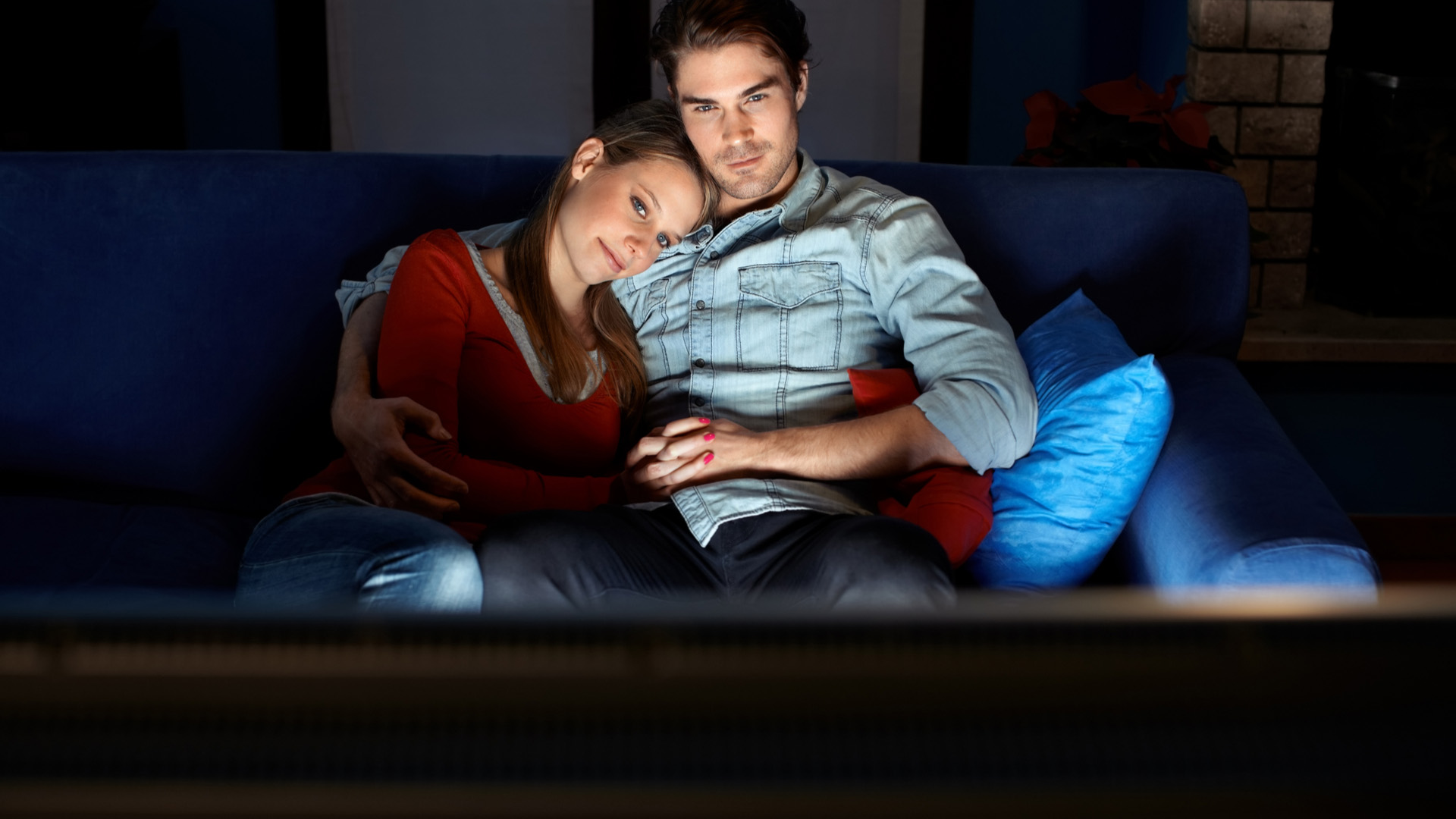 For the longest time, sex has been a subject behind closed doors. We all love having it, but talking about it is a different thing. Many parents don't know how to approach the subject with their teenage children, and young adults try to hide their emerging sexual desires from their parents.

Inviting a boy or a girl over to your dorm room to Netflix and chill sounds quite innocent to someone not familiar with the term, but that’s where doing your research comes in handy. Thanks to the rise of online communities, euphemisms like Netflix and chill become the new and cheeky way to invite someone over.

Netflix and chill is not a new concept, but it reflects our era: online video streaming, online dating, and the longing to form a connection with a crush in an intimate setting.

What Does Netflix And Chill Mean? 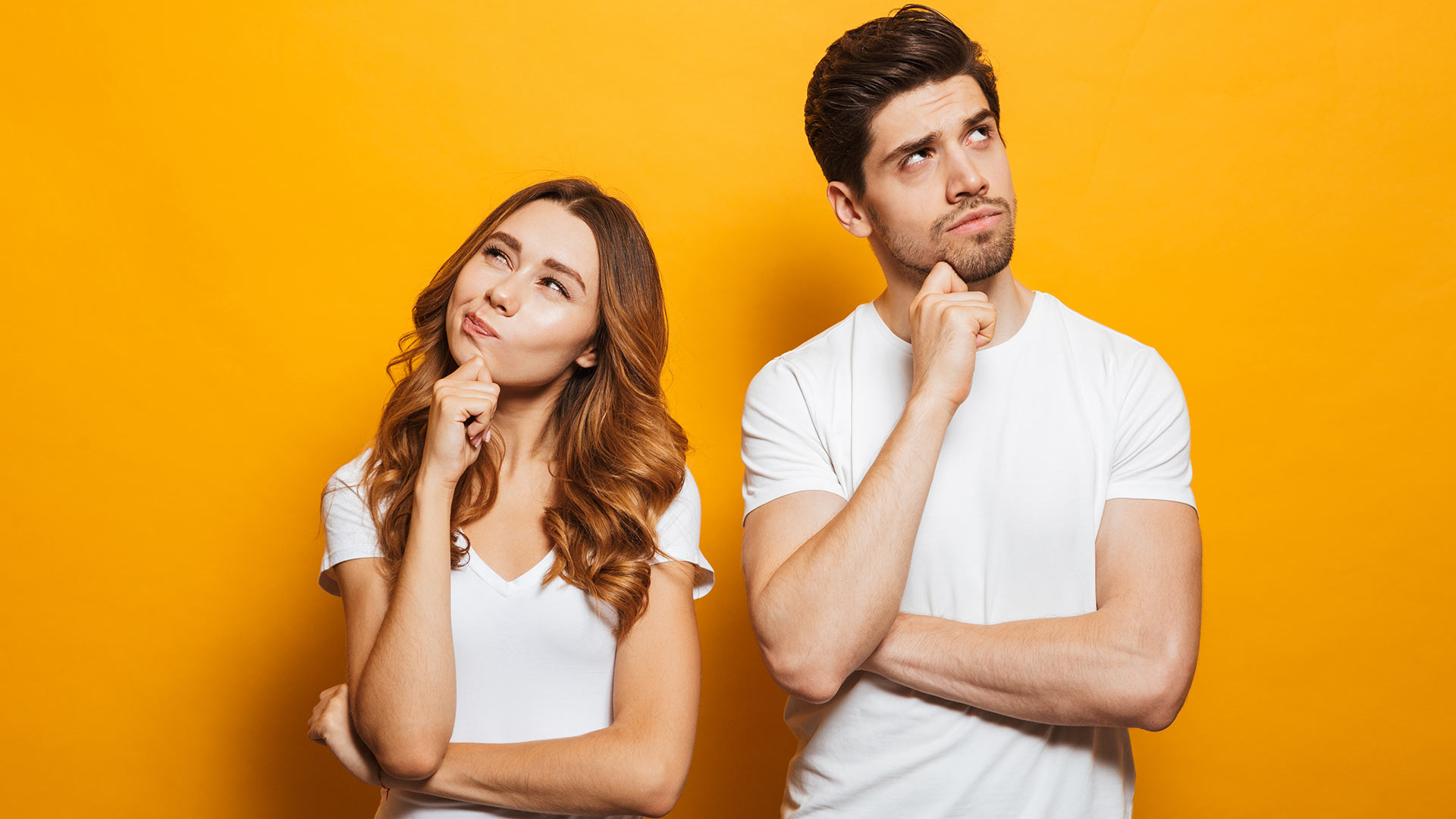 Since the first recorded use of Netflix and chill, the euphemism went through a transformation. In the beginning, it expressed its literal meaning of watching Netflix and chilling on one's sofa.

Then much like its intended meaning today, one thing led to another, and it has become another term for a "glorified booty call."

In 2022, the term has evolved to encompass the two meanings based on your relationship status. However, keep in mind that the relationship status is based on the two parties' intentions. So, we can say with a straight face that the meaning varies more on the people's desire to commit to each other than your romantic status.

For the people whose “romantic” lives are not a priority right now, Netflix and chill is often used as a hooking up reference.

For those whose Netflix and chill sessions are exclusive for their significant others, the term is mostly used to indicate the desire to spend quality time with them. It might sometimes involve some physical affection amid the viewing of American Horror Stories too.

Where Did Netflix And Chill Come From? 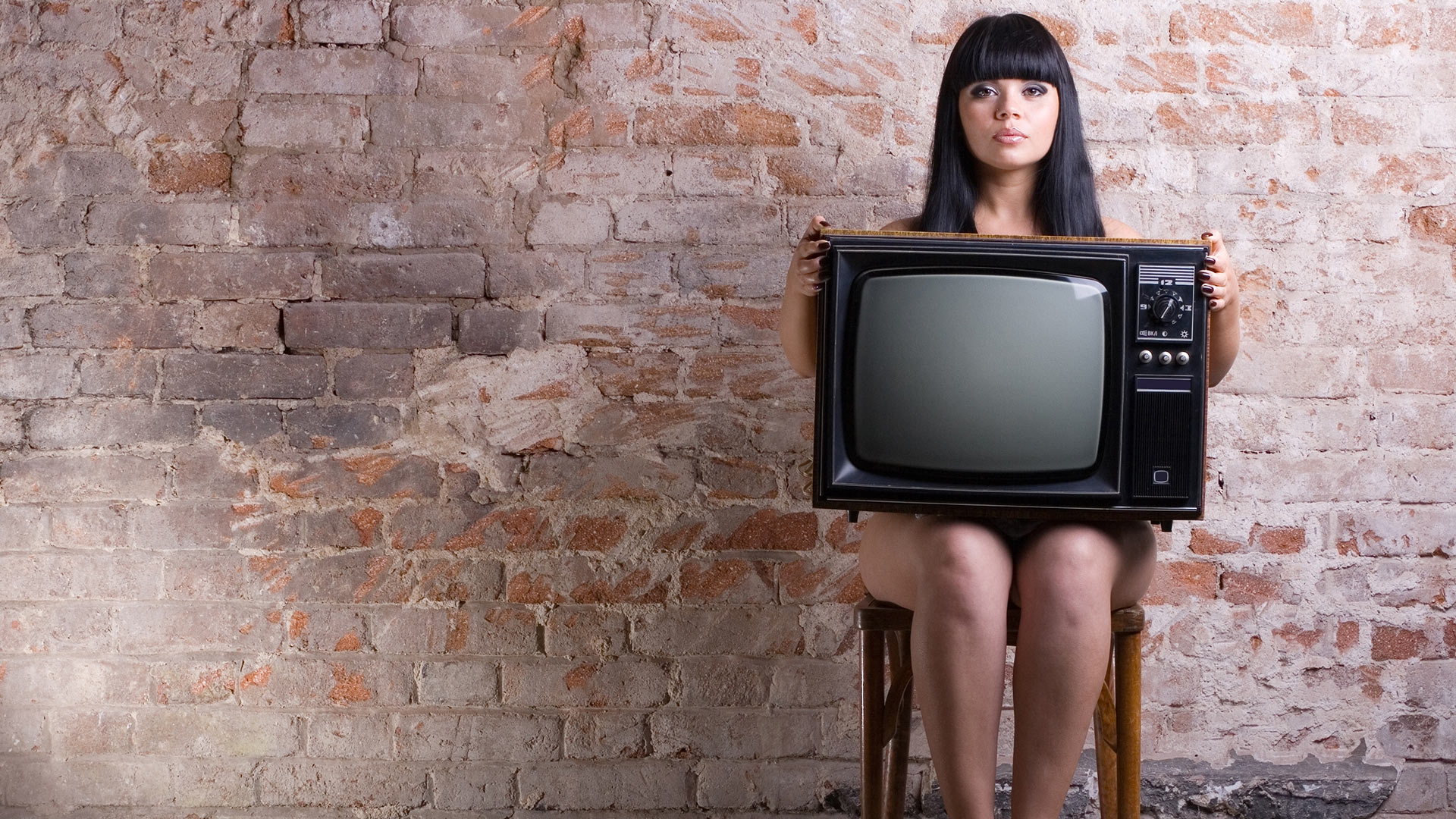 The first use of Netflix and Chill was traced to the Twitter account of NoFaceNina in 2009. However, its popularity exploded in 2015 after being added to the Urban Dictionary.

In July 2015, Netflix responded to the hype with a meme from the movie Clueless. Two months later, during the World Maker Faire, the online streaming company introduced their 'Switch' button. The prototype was intended to do three things simultaneously: dim the lights, turn on the “Do Not Disturb” feature on all your devices, and order food automatically. All you’ll ever need for a perfect night of Netflix and chilling.

How To Netflix And Chill?

As its meaning has become quite fluid, the proper way to Netflix and chill comes down to your intention with the person you are with. There are some differences and similarities, but either way you'll end up with the same happy ending (pun intended).

Uncommitted partners who want to score tonight should follow the example of Youtuber, SnewJ. In 2020, he posted a video with his best friend that set up some simple rules to make the Netflix and chill experience enjoyable for both parties involved.

His clever tips resemble a compressed version of a date night. There are four main things to follow and one extra for those of legal age:

Food: If you're inviting someone over for a sexy time, be a good host.

Dessert: Who doesn't like something sweet after a steamy encounter?

Wine (for those of legal age): To calm the nerves. 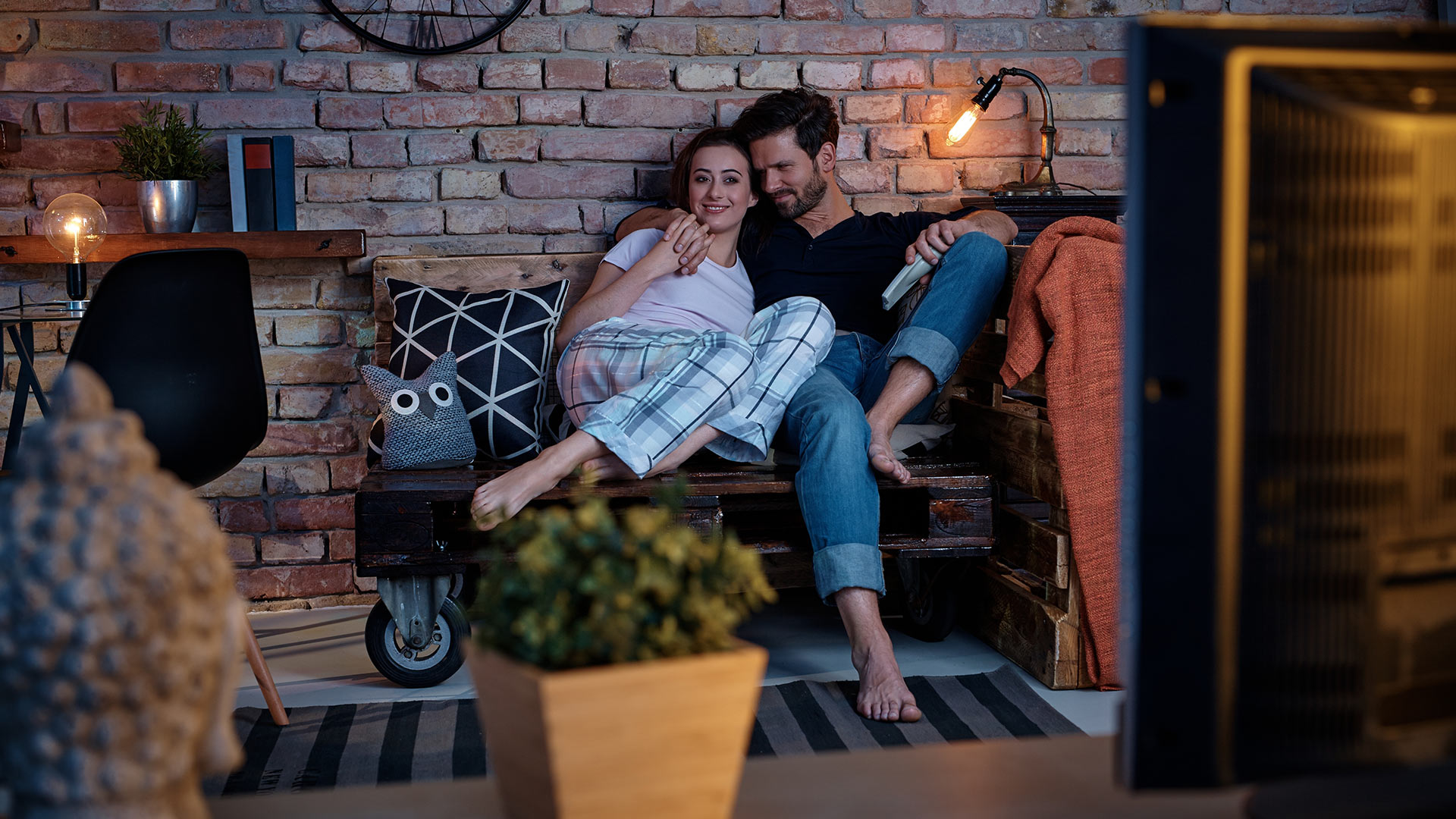 For the committed partners, we have another YouTube channel, the Improvement Pill. The Netflix and chill recommendations are based on scientific facts. Here's how to spend some quality time with your significant other:

Series Instead Of Movies: The lengthier choice shows commitment and the desire to spend quality time with each other.

Dramas Instead Of Comedies: Referencing a 1974's study, the sharing of strong emotions can strengthen the sexual attraction between two people. So why not go on an emotional rollercoaster together?

Relatable Characters: Watching the life of someone you can relate to can make you invested in their story. Watching their life unfold together can help open up to the other person and exchange opinions on certain matters. Not to mention that you pick up on their inside jokes and innuendos, making them yours at some point down the line.

React To Story Developments: It might sound confusing, but this behaviour is quite intuitive. When watching a show together, you unintentionally start being upset or happy about some storyline scenes. You might:

a. Display an emotional reaction through your body language.

b. Share your opinion by critiquing or praising the storyline or characters.

c. Act it out by roleplaying or imitating a specific line from a particular character.

Time To Get Physical: Contact is what brings people together. From a simple swing of the arm to a hug, a passionate kiss, and romantic lovemaking, all forms of physical interactions can bring you together when there's attraction from both sides. 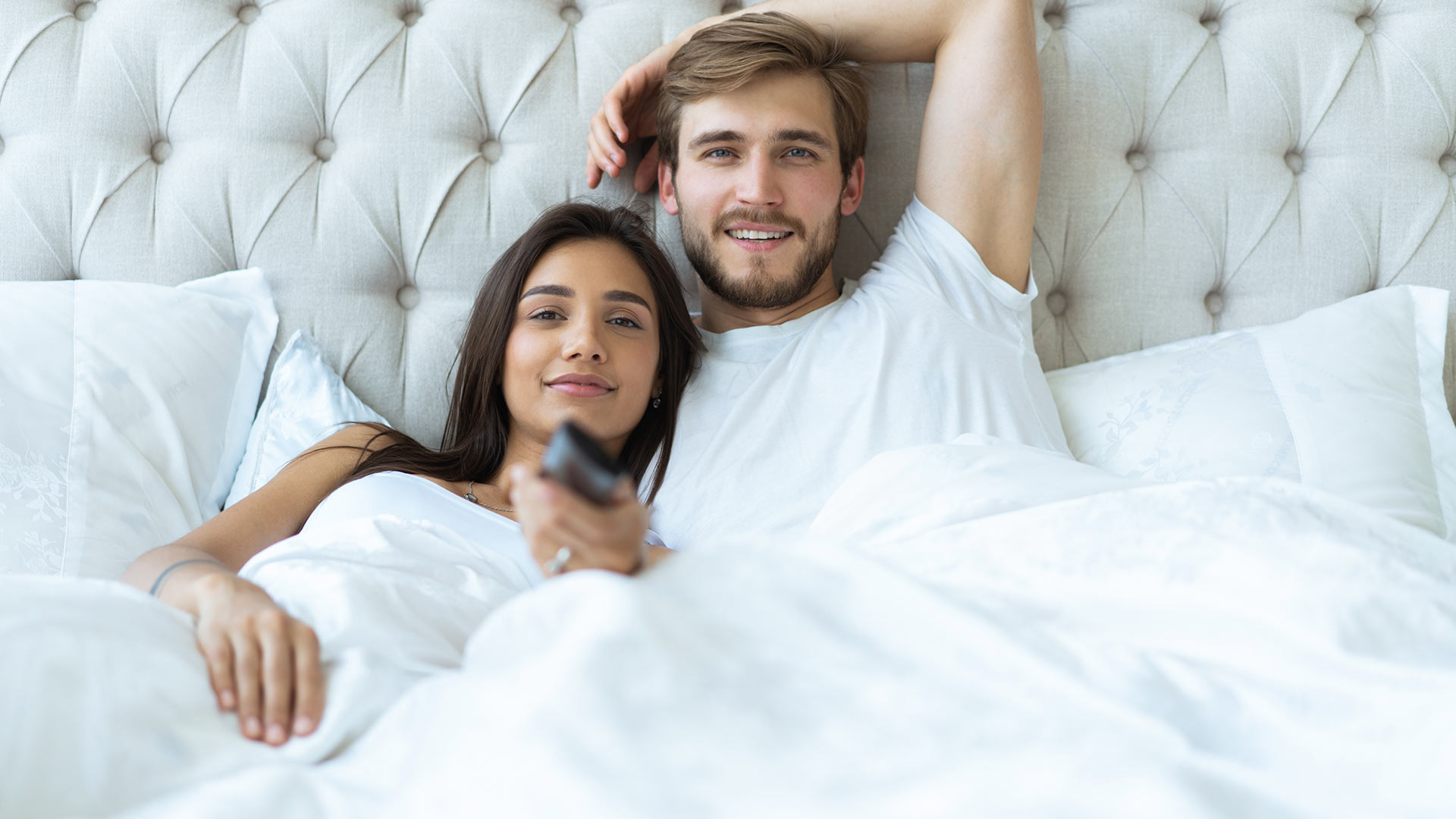 There are as many Netflix and chill alternatives as there are stars in the sky. Maybe that's an exaggeration, but there are many out there.

We have the slightly altered versions in the face of Netflix n chill and Netflix & chill. Then there’s some more dated alternatives, the most well-known being “booty call”, “hookup”, “wanna fuck”, “casual sex”, and “getting laid”. But let’s not forget some more obscured ones such as “knock boots”, “make whoopie”, and “fubb”.

In 2019, French Canadians even turned the expression into a verb by calling it Netflixer, which translates to “Let's Netflix” or, in past tense, “I just Netflixed”.

Well, now you know all there is to know about Netflix and chill. Where it began, how it evolved and some of the best ways to have a memorable and fun Netflix and chill session with someone.

Sometimes all it takes is a little bit of food and other times it’s starting up a new TV series together. Whatever your choice may be, remember to enjoy every minute of it.